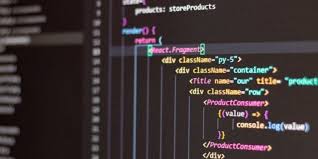 The best code editors don’t just let you edit files, they help you find and fix bugs and make it possible for you to customize just about anything you want. Next, we have a selection of the best.

Free, stable, very robust and good working speed are some of the main features of Visual Studio Code, the code editor developed for Windows although it also works with Mac. Especially recommended for large and complex projects.

Is a valid code editor for Mac, Windows and Linux and is one of the most complete text editors that exist. Its ease of use and how quickly it allows you to edit a file is what makes it a gem among editors of its kind. It is incredibly extensible, with a huge number of plugins available to install. Although you can download and try it for free, for continued use, you will have to pay around 80 dollars. The good new is that you can use the same license for multiple computers.

Atom could be defined as a free version of Sublime Text with a friendly interface. It’s free, with good stability, good speed and high possibilities. It is an open source web text editor developed by GitHub.

Brackets is an interesting tool with which developers and designers can work with HTML, CSS, JavaScript and many other languages. It is free and although the customization options are not as extensive as others already mentioned, the stability, speed and work possibilities are more than acceptable. It was developed by Adobe and is available for Windows, Mac and Linux.