By: alexandra.rius
In: Global
With: 0 Comments

What are transmedia projects?

Transmedia is quite similar to storytelling, which can involve more than one platform. In other words, it could be qualified as a technique of telling a story through diferents platforms using nowadays digital technologies. This is a great way to increase marketing for many different products, aswell as increasing its excitement towards the story. Transmedia includes films, shows, video games,… Its an excellent way for making use of squels or even adaptations.

It all originated at the 1960s when Japanese marketing used the strategy of media mix. Between the 1970s and the 1080s some artists of telematic art (art projects using computer mediated telecommunications networks as their medium), made experiments within narrative projects using technology. In the 1990s, with the internet mainstream usage, creators started to explore different ways to tell stories using different and innovative platforms. One of the examples used as transmedia projects took the name of alternate reality games (ARG).

Does it have educational uses?

As its own name indicates, transmedia projects are basically refered to storytelling projects. This can have a great educational impact on people as it can be used as a pedagogical tool for education. Even schools are starting to use this method as a different and active way to learn, as depending on the story or the project, it can really have a great educational basis. Students can interact within multiple platforms so that they can communicate and connect between them. Some examples are Twitter, Facebook, Instagram,… Where students can share their own experiences, making it catchy for other students to establish an interest between them, with the contribution of gaining knowledge.

Transmedia storytelling represents a process where integral elements of a fiction get dispersed systematically across multiple delivery channels for the purpose of creating a unified and coordinated entertainment experience. Ideally, each medium makes it own unique contribution to the unfolding of the story. – Henry Jenkins.

These are some examples of transmedia projects: 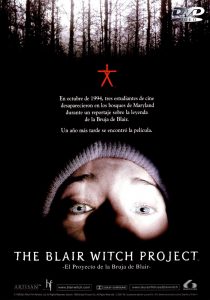 It had the most successful marketing campaigns of all time. The Blair Witch Project is a great example of transmedia project because of how the studio marketed the film, perhaps it released documentary shows on television that told the true story of the witch. Viewers actually thought that it was about a true story, it took quite a long time for them to know it was all abou a fictional story. 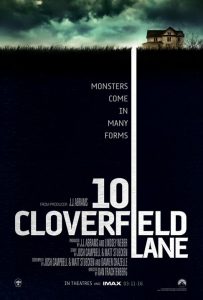 Form the director J.J.Abrams who used transmedia as a way to excite people for making them want to see the film before it was released. Cloverfield is about the story of different groups of young people trying to survive as the city was attecked by a giant monster. J.J.Abrams first released different short films that he shot with ordinary cameras so that people would think it was all about a real footage. He also offered products for sale in the same film so that it could help fans to uncover the mystery of the monster.

As you can see, transmedia projects use different media elements so that allows you to dive deeper in the story.