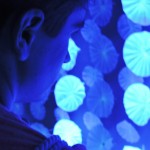 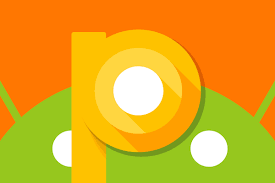 ANDROID P This year Google surprised us with the launch of the first version (Beta) of Android P, and in its Google I/O conference, they presented us everything new that will be in this future update. This new version does not mean a radical change in the brand but it is very ambitious, since it wants to introduce new concepts and improvements. User interface They have improved the user interface, and have chosen to use a much more minimalist style with touches of color in the icons. They have added gestures, which allow us to go back, open multitasking, exit applications, … This part still END_OF_DOCUMENT_TOKEN_TO_BE_REPLACED

CHROME VS FIREFOX As everyone knows, Chrome and Firefox are the 2 most important and used live web navigators of the moment. But what are the advantages and disadvantages of each? Which is better? I will try to answer those questions strightaway: Chrome is a browser developed by Google, its first version came out later than Firefox, arrived on September 3 dl 2008. Its main advantages are the following: Takes much better the capabilities of computers, so they have a very good performance. Has many more extensions than any other browser. We have the option to synchronize our account with Chorme. We allow us to END_OF_DOCUMENT_TOKEN_TO_BE_REPLACED

Tutorial JS: Add sound in image Today we will teach you how to click on an image so it emits a sound. First, we need to put the image in a div <div class=”Nom_Imatge” id=”nomAudio”> <img src=”img/pajaro_gris.png”> </div> Once we have put the image, we just have to link the JS and the sound <audio src=”ubicació/de/carpeta” id=”efectes”></audio> <script src=”ubicació/carpeta/js “></script> Next, we will begin to write the JS code. But before that, we will have to do this: Nom=document.getElementById(“NomAudio”); Now we will begin to write the function. We want to make it so that when we click on an imatge it triggers an audio sound. END_OF_DOCUMENT_TOKEN_TO_BE_REPLACED

The Community Manager is the professional responsible for building, managing and administrating the online community around a brand on the Internet. Also it creates and maintains stable and lasting relationships with its customers, its fans and, in general, any user interested in the brand. It’s a new role inside marketing and Internet advertising. I mean, it’s a new and emergent profession born from the need of companies to develop their image in the digital field due to the growing popularity of platforms such as social networks and the consolidation of the Internet as a way of getting information. Functions: Generating conversation with your audience, provoking END_OF_DOCUMENT_TOKEN_TO_BE_REPLACED