WHAT DOES A PROGRAMMER DO?

By: idalete.ribeiro
In: Global
With: 0 Comments

The Programmer designs, through a code, different computer tools, such as programs, systems or web pages.

What is programming about?

While they are generally considered similar to the software development process and programming, they are not exactly the same. A programmer can limit himself to the process of writing the code through a programming language, while the integrated software design includes related tasks, such as design. Basically, when writing a line of code, the Programmer tells the computer to perform a task. Through a programming language, numerous lines of code are written that will allow the user to easily request the computer the execution of numerous tasks related to each other, which in a few words is a computer program. A similar task is carried out through a web tool, while through the use of other languages, the Programmer can also design web pages.

What is the work output of a Programmer?

The variety of work opportunities and, above all, the labor demand of the Programmers, is vast and does not stop growing. One of them, to which many Programmers dedicate in their beginnings or during their studies, is the autonomous work, designing and programming on demand, mostly for small companies. There are software development companies of different complexity all over the world, whose very existence depends on the hiring of Programmers. This is compounded by the growth in the development of mobile applications of all kinds, a sector that is growing steadily and with an urgent need for specialists in this discipline. Many companies of certain dimensions also have their own equipment for internal software programming. And all this without taking into account related works such as testing or technical service of specific software.

It is a profession that does not stop growing, and its constant complexity ensures a future work.

It is a dynamic work, which allows you to use your creativity and constantly innovate.

It is not a discipline in which you can stagnate, as it requires constant updating and learning.

If you do not like to work in a dependency relationship, you can make your career working independently without problems.

The programming languages ​​are identical throughout the world, so your studies will be useful in any country. 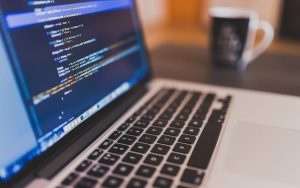