By: xixi.chen
In: Internet
With: 0 Comments 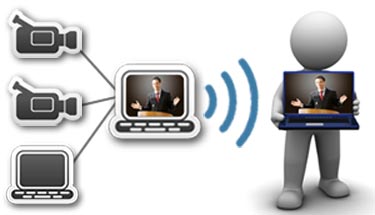 In recent years, with the ever-changing network technology, many TV media websites or online electronic editions have more or less opened live webcast programs according to their abilities. This kind of webcasting brings new styles and relatively convenient services to netizens. A new perspective experience and visual impact, especially the two-way flow of the network shows the characteristics that should be respected by the audience, and it is favored by netizens, especially young netizens. There are three main reasons why television media websites launch webcasts: the emphasis is on service extensions for the various programs on the television media; secondly, gather popularity, retain the basic audience, expand, nurture, and develop new online audiences; again, comply with the Internet technology. The development focused on the dynamics of commercial portals to meet the needs of Internet users, and tried new methods of expression on the Internet to enhance the image of the media. However, on the whole, in the framework of television media, the web broadcast is basically in a subordinate position, and its assigned and supplementary functions appear.

Live TV broadcast During the reporting of events, it is generally necessary to provide OB vans, car video switchers, mixers, monitors, video recorders, microwave transmitters, etc., and transmit the live image signals via microwave transmission or satellite transmission. To the television broadcast simultaneously. A half-day televised live broadcast of millions of dollars, the long-term high cost is an important bottleneck restricting TV live broadcast. Live network live broadcasts have lower requirements for on-site signal acquisition. A digital camera can achieve high-definition capture with less than 5,000 euros, total investment for other equipment is not high and does not require a large number of professional live broadcasters. The transmission process is performed on the network. The cost is tens to one-hundredth of television live broadcasts.

TV live broadcasts require a long implementation cycle from the beginning of the engagement to the start of the event. During this period, collaboration of various professionals is required. From the personnel organization to the installation of equipment, the site also needs special space and power support. The single-station short-lived network live broadcast can be completely completed by individuals. The site does not require additional power support, an oversized work space, and can be completed within 48 hours from the contact to the survey site to the live broadcast.