What is GitHub and why should you use it?

By: santi.cros
In: Development
With: 0 Comments

Have you ever wanted to work at the same project and at the same time with other people? Would you like to save all versions of your code so you can check them after? Do you want to see all the great projects that are currently being developed all over the world? If you answered yes, keep reading!

First, let’s understand what is Git and GitHub.

The “Git” in GitHub

To really understand what is GitHub first we have to know what is Git.

But what is a version control system?

When developers create something (like a website or an app), they have to make constant changes to the code, and release lots of new versions. Version control systems keep these revisions organized, storing the modifications in a central repository. This allows developers to easily collaborate, as they can download a new version of the software, make changes, and upload the newest revision. Every developer can see these new changes, download them, and contribute.

There lots of different version control systems, but Git is the preferred one of most developers, since it has multiple advantages over the other systems available.

You can learn more about Git in their official website.

The “Hub” in GitHub 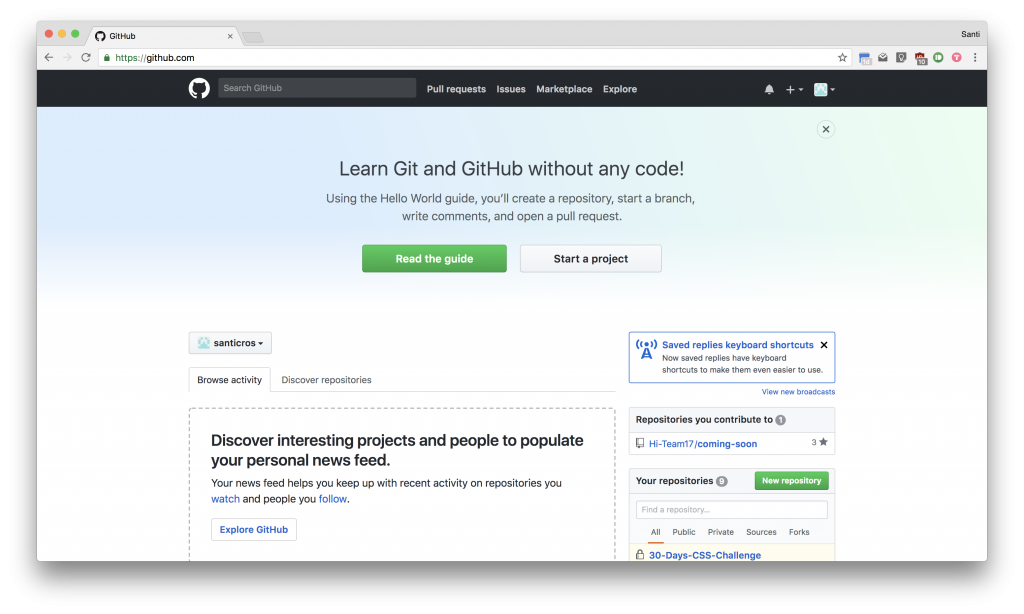 Now that we know what is Git, what is special about GitHub?

GitHub is a Git repository hosting service, but it adds many of its own features. While Git is a command line tool, GitHub provides a Web-based graphical interface. It also provides access control and several collaboration features, such as a wikis and basic task management tools for every project.

Also a great big feature is that it’s free for most people. So it’s really easy to start and contribute with open source development, and really helps young projects grow.

However, GitHub also sells private repositories, so companies can take advantage of the collaboration features without having to share their code to everyone.

All in all, I really recommend you give a try to GitHub. You can check it at their website!